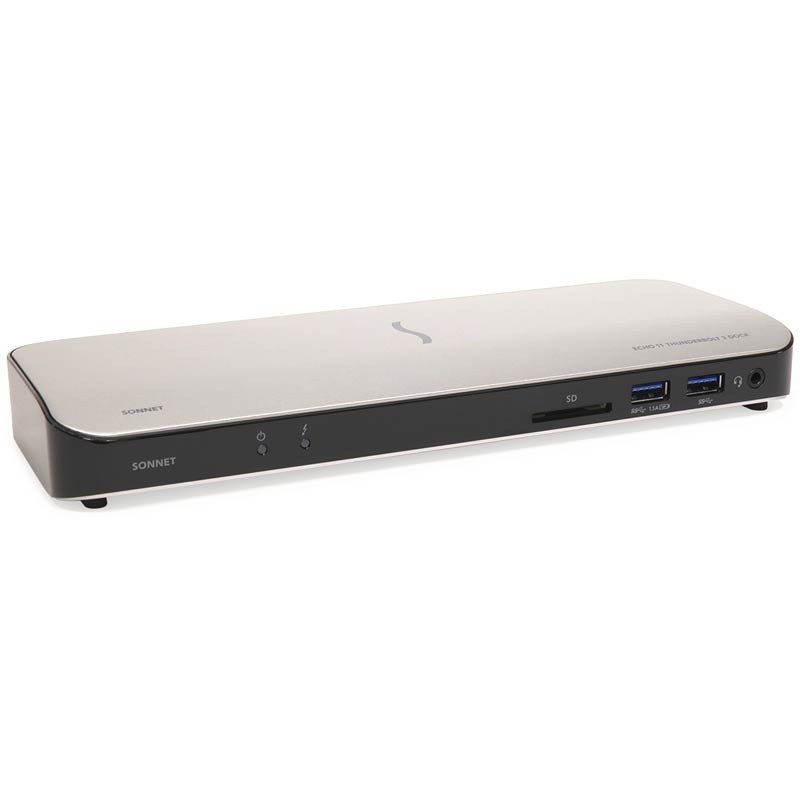 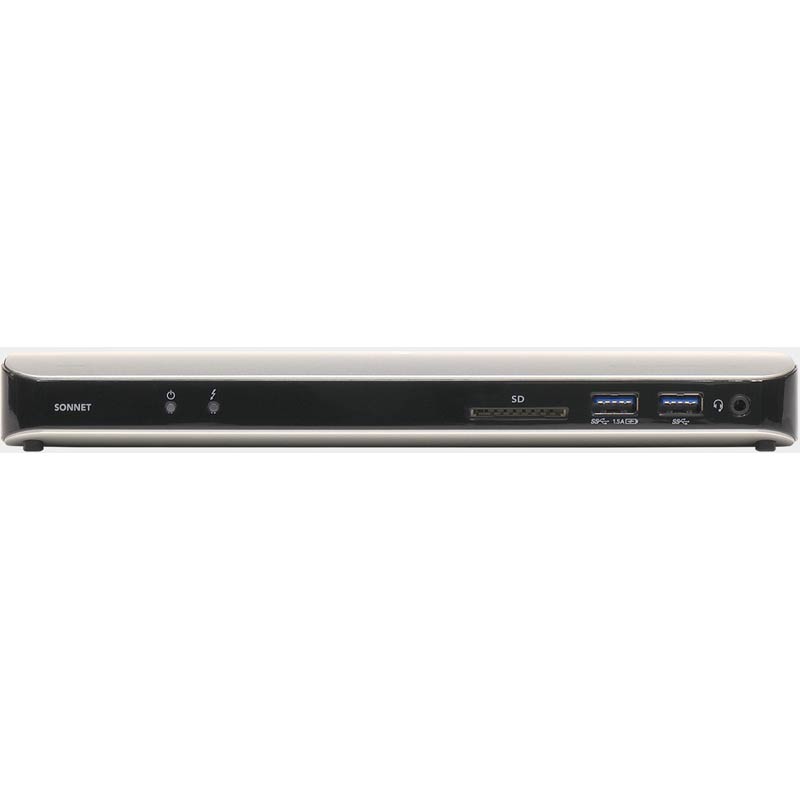 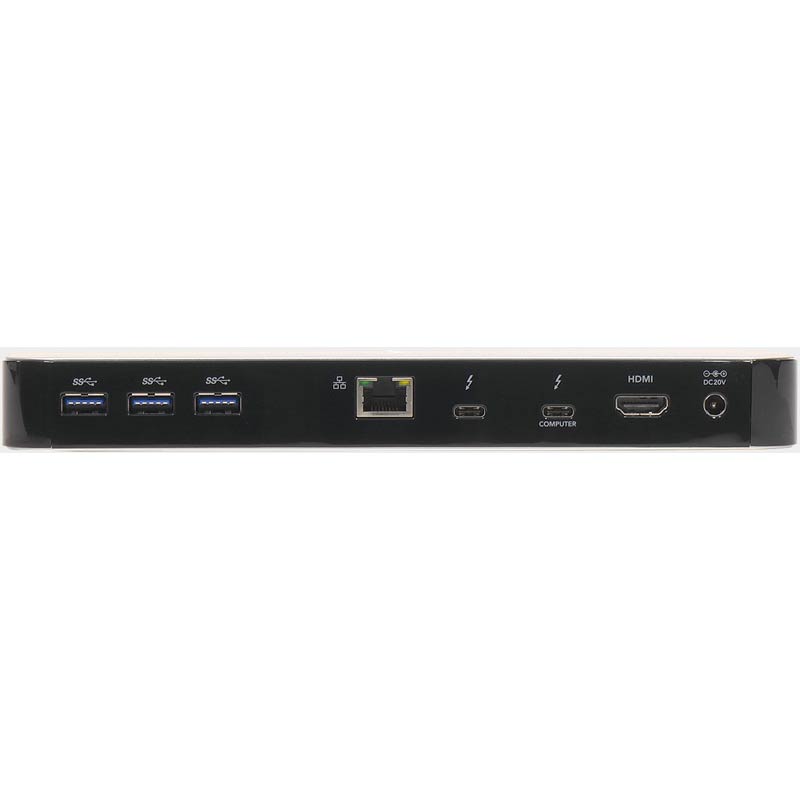 Connect To Your Peripherals and Power Your Computer…With One Cable

Sonnet’s Echo 11 Thunderbolt 3 Dock connects your peripherals to your computer through a single cable. Simply plug in your devices—such as a printer, keyboard, mouse, cable modem, hard drive, optical drive, USB license dongle, headphones or powered speakers, phone, tablet, and (up to) two 4K displays—to the dock with their supplied cables, and then connect your computer with the included Thunderbolt 3 (40Gbps) cable. The Echo 11 dock even charges compatible computers(5) through the same cable. When it's time to take your computer and go, just unplug the Thunderbolt cable to disconnect from everything at once.

Leave Your Charger In the Backpack

For users whose notebooks and laptops accept charging over Thunderbolt(5), the Echo 11 dock also provides up to 87W of Power Delivery through the included Thunderbolt 3 cable(3) used to connect dock to computer. These computers fall into four power requirement categories: 30W (example: Dell XPS 12), 45W (example: Dell XPS 13), 60W (example: MacBook Pro® 13-inch), and 87W (example: MacBook Pro 15-inch)—the Echo 11 charges them at the maximum power they will accept so you can leave your computer’s power adapter packed away!

40Gbps Thunderbolt 3—The USB-C That Does It All

Connect a 4K Display or Two

The Echo 11 dock features an HDMI 2.0 port that supports a 4K @ 60Hz (or lower resolution) monitor. To connect an additional display(6), you can plug in a Thunderbolt 3 monitor to the dock’s second Thunderbolt 3 port or at the end of a Thunderbolt 3 device daisy chain. Or, you may connect other display types (HDMI, DisplayPort, etc.) by using a Thunderbolt 3 or USB-C video adapter (sold separately).

With its eleven ports, the Echo 11 Thunderbolt 3 Dock is a handy hub to plug in your peripherals and connect them all to your computer through a single Thunderbolt 3 cable. Through that same cable, the Dock provides enough power (87W) to charge any compatible computer at maximum power. You can even connect two 4K @ 60Hz displays to expand your view and productivity.

How do I add video (and other) inputs to my MacBook Pro?

Apple laptops have evolved to become minimalist powerhouses. Over the years, MacBook Pro designers have engineered a beautiful, sleek chassis and reduced the weight significantly. The result is a travel-friendly powerhouse, a light-weight editing workstation, a super-slim 4K grading system. But this progress has come at the cost of reducing laptop's connectivity. A point of contention for many users is that Thunderbolt 3 USB C connections are now the only remaining options. What's wrong with Thunderbolt? Nothing. But creatives often need a fast 10-gigabyte network port, HDMI out and an SD reader among other things. Read TechCrunch for a full rundown on the "Ins & Outs" of the MacBook Pro. For video professionals, there's one more conundrum to solve: how can I add video inputs or outputs to my MacBook Pro? 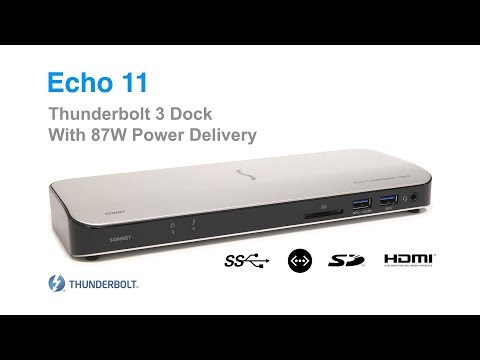